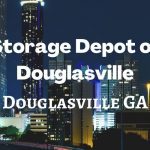 The Definitive Guide to Moving to Atlanta
June 24, 2021

Atlanta is the most populous city in Georgia, and is the capital of the state, and one of its many nicknames is the “Empire City of the South”, a nickname fitting in its reflection of the city’s economic significance and prominence as a bastion of cultural importance to the Southeast. Alternatively, the nickname also alludes […]